The year 2020 has become a key year for us in terms of the start-up of the Eye of the Bear monitoring program in Slovakia, which is one of the programs of the Eye of the Earth. In June 2020, we and the whole team underwent training at the State nature protection o Slovak Republic  in Bánska Bystrica and were able to start this extraordinary mission for the protection of large carnivores in Slovakia.

We have involved 53 camera trails uv595HD and Predator Micro camera in monitoring in Kremnica hills and Low Tatras National Park. Gradually, cooperation with PLA administration Štiavnice Hills was also launched. During the autumn we took action against the establishment and construction of a hunting field near the village of Pitelová, which they wanted to establish in the migration corridor of large carnivores between Štiavnický and Kremnica hills. So far, we have managed to get this intention to the stage where the coucil of Pitelová and the State nature protection o Slovak Republic issued a key negative opinion on this project. We also assist in obtaining evidence for the cessation and non-expansion of mining areas of quarries to bentonite, perlite and pozzolan in the areas of our monitoring activities. Part of our mission is to detect non-compliance with the legality of hunting, especially when it comes to the illegal way of feeding wildlife, with a focus on bears and wolves.

After half a year of activity, when we spent more than 70 days in the field, it can be concluded that our whole team has done a great job, which significantly helps the State nature protection o Slovak Republic to
monitor large carnivores and collect DNA samples of feces and fur on an area of 600 km2. Thanks to monitoring, we have mapped all three large predators in several key places of the Kremnica Hills and thus we are trying to lay the foundation for their better and stricter protection in these areas. Among the
less pleasant reports is the fact that 10 camera trails were stolen from us within 6 months, of which 6 camera trails in Low Tatras National Park or its protection zone. 2021 will also focus on detecting, apprehending and publicizing the perpetrators of this crime.

In November 2020, there was a very significant event When Milan Jeglík, as chairman of the Forest of Children association and head of Eye of the Earth monitoring team, took part in a political debate within the framework of EkoTopFilm in Bratislava , where he met with the Minister of the Environment in a discussion, Mr. Budaj, his counterpart, The Minister of Agriculture Mr. Mičovský, as well as the head of the Wolf Movement, Mr. Lukáč, the vice-president of the Hunting Chamber of Slovakia, Mr. Kašak, and the director of the woodworking industry, Mr. Tomčík. The last three appointees represented the wolf’s shooting, while the first three defended wolves from the hunters’ will. This debate revolved around the subject of a meaningless quota of 50 wolves to shoot in Slovakia in 2020. 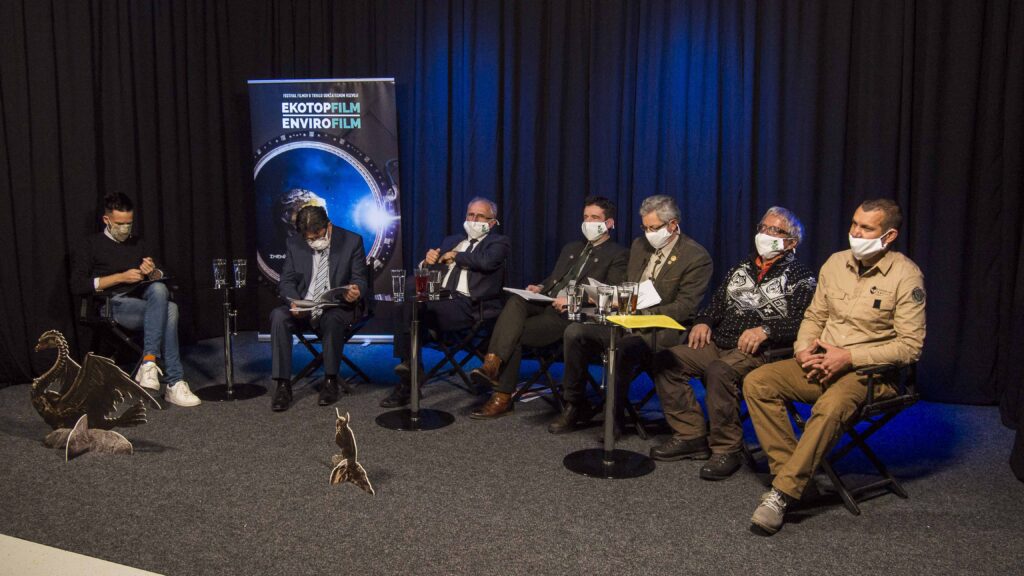 Thank you all for your cooperation and if anyone else wants to join the protection of Slovak wilderness and large carnivores, just get in touch. The most welcome assistance is participation in volunteer programs, camera trails sponsorship and direct financial support. Believe that it is worth cooperation and your efforts to be where the nature and great beasts need you.