The eye of the bear continuesl

The Czech-Slovak team Eye of the Bear has had almost a year of unique monitoring activities in the Low Tatras National Park (NAPANT) and Kremnica Hills on the basis of official cooperation with the Nature protection of Slovakian Republic association (ŠOP SR), which was signed on June 30, 2020.
Using 45 UV595HD and Predator Micro trail cameras from Fotopast.cz,we were tasked with monitoring the life of large beasts, collecting genetic material (bear and wolf droppings – finished in May 2021), as well as detecting illegal activities, including improper illegal wild animal feeding, which causes the syntropy of brown bears. During this time, we have unique results, which we process and pass on to(ŠOP SR)..

Part of our monitoring was also filming, which resulted in a single cooperation with Perun Cinematic, which in cooperation with us made a very good documentary film Eye of the Bear, successfully released on the online EkoTopFilm 2021 with more than 14,000 views and positive public response.
At this time, Slovak activities are expanding very significantly, especially towards further monitoring focused on what other than large beasts, but this time in the Štiavnice Hills. At the same time, we have a unique opportunity right on the ground to protect large beasts from poaching and to bring evidence to detect illegal activities.
The key to our successful work is, of course, the interest of the public, including volunteer programs, which were first launched in May this year and met with a very favorable response not only from volunteers, but also from the nature guardians themselves from NAPANT, the Štiavnický hills FAMILY, or from the Bear intervention team.
Volunteers together with our professional monitoring team were planting trail cameras and collecting data from the life and occurrence of large beasts not only in kremnica hilla, but also in NAPANT, where we searched with rangers for new animal trails, and we also collected data and exchanged trail cameras under the ridge of the Low Tatras, where for the first time an antelope in very difficult winter conditions with a high snow cover was shown to us in the footage. This trail camera has been placed there all winter. 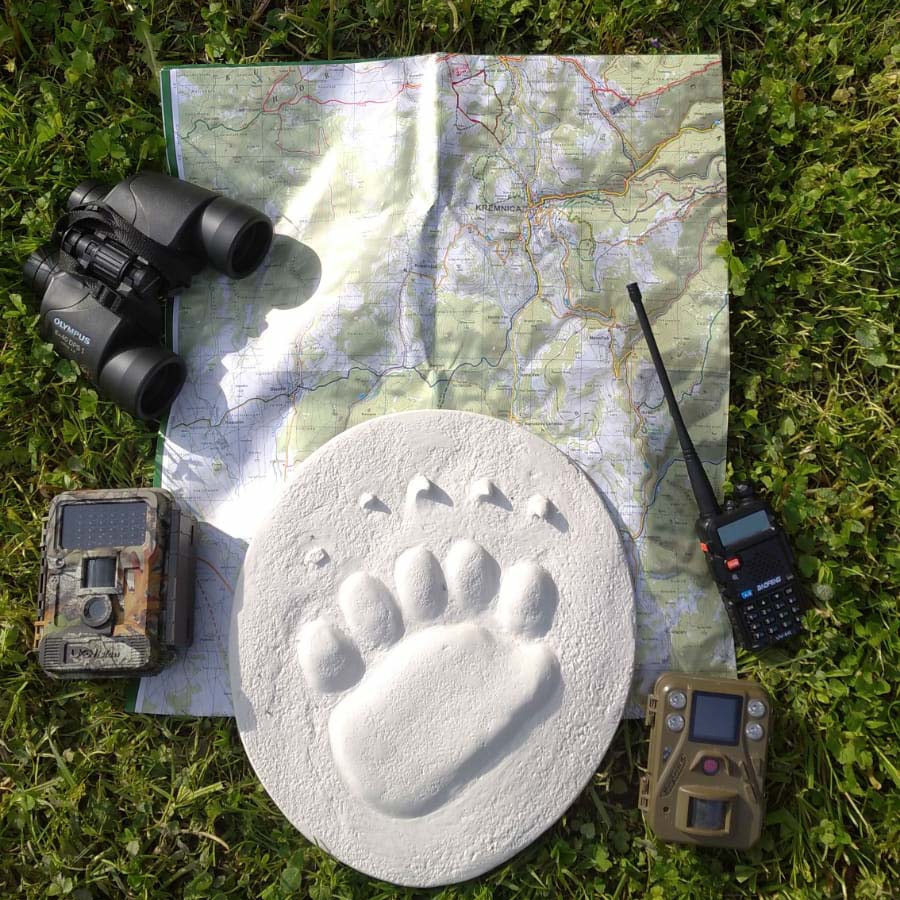 Our demanding mountain and forest monitoring expeditions take place in all weathers, which requires quality equipment and especially clothes supplied by HUSKY CZ. The company Grizly, takes care of the field food, supplying us with energy bars and pastas or dried fruits, i.e. it is a healthy diet and high-quality food 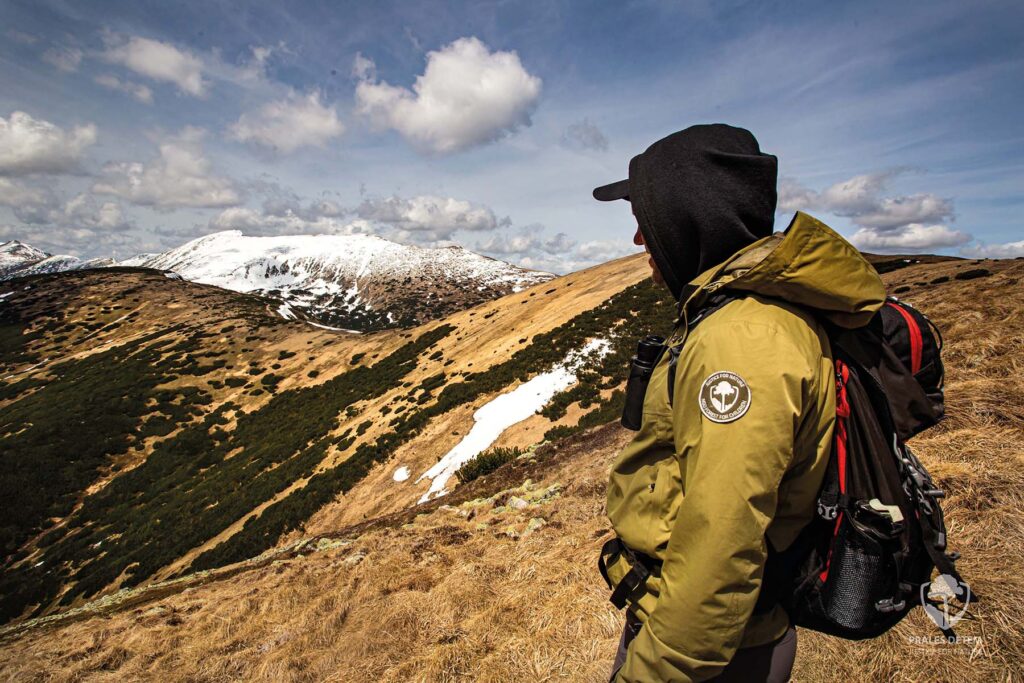 The May monitoring also included a test of two new KeepGuard trail cameras from RICOM ecure s.r.o.and we also put into operation a 4G trail camera from KeepGuard for instant data transfer.
Our Slovak project activities take place in cooperation with the Prales deťom association (forest for children), which is growing before our eyes. In cooperation with our Czech head of the Eye of the Bear monitoring program, Jan Suchy, they are showing a really high-quality activity, which is the basis for further expanding cooperation in Slovakia in favor of the protection of nature and endangered species of animals protected by Slovak laws.

You can support our Monitoring Team Eye of the Bear both financially and materially or by purchasing a trail camera. Thank you for your support!